Save some $$$ on the Infinifilm DVD release. 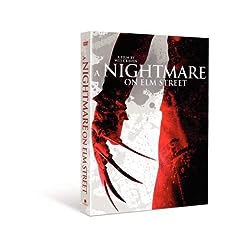 Don’t forget that the Infinifilm DVD of A Nightmare on Elm Street will be released on Tuesday, September 26th. The features include:

All-Access Pass documentaries:
– “Never Sleep Again” – the making of A Nightmare on Elm Street
– “Freddy’s Coming For You” – trivia challenge

You can read a review at Dread Central here. Suggested Retail Price for the set is $26.99US. Vendors like Amazon.com and Best Buy have the set available for $17.99US. Best Buy also has an In-Store Coupon available for $2.00 off. This coupon is for in store purchases only, not website purchases – click here for the coupon and details.

After you see the DVD, head on over to the Forums and discuss/review it with other fans.

Special thanks to S-10 from the Forums.